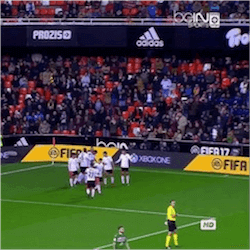 The Vyscha Liha, or ‘Top League’ was formed in 1991, after Ukrainian independence followed the collapse of the Soviet Union, but the Ukraine Vyscha league has its roots in a long tradition of football in the European state, featuring sides formed back in the 1920s. Now called the Ukrainian Premier League, the UPL has seen an intense rivalry develop over the past 26 years between two of the country’s top clubs: FC Dynamo Kyiv and FC Shakhtar Donetsk.

Based in the nation’s capital, Kiev, Dynamo has the longer and more illustrious history. It was founded in 1927, and its winning streak began in the Soviet era; they were Domestic Cup champions 15 times between 1937 and 1991, UEFA Cup winners twice, and UEFA Super Cup winners in 1975. They’ve won the Domestic Cup 11 times since 1992, and made the UEFA Champions League 14 times.

Donetsk, Ukraine’s fifth-largest industrial city, gave birth to took FC Shakhtar Donetsk in 1936. The team won only four Domestic Cups throughout the entire Soviet era. Since independence, however, the club has come alive in the Ukraine Vyscha league. The 2016-17 season marks the 11th time that Donetsk has claimed the Ukraine Cup; they beat Dynamo 1-0 in Ukraine’s eastern city of Kharkiv on 17 May.

Donetsk also finished top of the Ukraine Vyscha league earlier in May, taking back the title Dynamo secured only last year, so their seesaw rivalry looks set to continue entertaining Australian sports betting fans for some time to come. In their past four encounters, the two sides had one draw, and Donetsk scored two wins in a row: 4-3 in a UPL match in December, and 1-0 in Kharkiv.

However, Dynamo came back with a 3-2 win in their most recent meeting, on 26 May. With both sides qualified for the 2017-18 UEFA Champions League group stages, not to mention the next UPL season, they are likely to provide good betting options often.