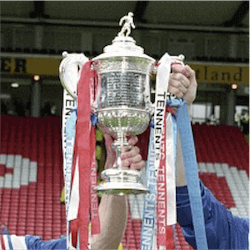 Scotland’s premier club football championship, the Scottish Cup, is an annual affair that adopts a format that Aussie punters may take some getting used to. It’s a knockout competition for all clubs with full or associate membership of the Scottish Football Association, so there are 91 clubs that had to be accommodated in the 2018 Cup.

However, not all clubs play in each of the Scottish Cup rounds. Two preliminary rounds among lower-ranked teams narrow them down to Top 6 qualifiers, who are then joined by 30 teams already qualified for Round 1. Losers are knocked out, and the 18 winners proceed to Round 2, where 14 more qualified teams are added to the schedule.

So in theory, by Round 4 some teams might have had to win five games in a row already, while 16 will be playing their debut matches. In the 2018 Scottish Cup, however, none of the teams in the preliminary rounds survived past Round 3; although Fraserburgh, Formartine United and Brora Rangers all started in Round 1 and have won three matches in a row.

Newcomers in Edinburgh Derby on Sunday

The 2018 Scottish Cup Fourth Round runs from Friday, January 19, when Formartine United play Cove Rangers in Pitmedden, to Sunday, 21 January, with 16 matches scheduled over the weekend in total. Brora Rangers play East Fife in Methil on Saturday. Fraserburgh, the last team to survive three rounds so far, has a tough hill to climb in Sunday’s early match: they take on Glasgow’s legendary Rangers, playing in their first game of the tournament.

The final game of Round 4 will be Hibernian versus Heart of Midlothian, an Edinburgh derby on Sunday. It’s a first 2018 Cup match for both sides, and what will most interest punters is the potential battle between each club’s new signings: Australian Socceroos star Jamie Maclaren at Hibernian, and Steve Naismith on loan to Hearts from Norwich.