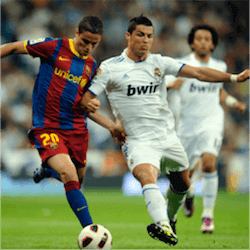 With the Confederations Cup over, there’s not much international football around for Aussie betting fans at the moment. Still, it’s transfer season, so they might consider a punt on who is going to end up where. It isn’t easy to know which rumours to trust, though, with both clubs and players frequently resorting to gamesmanship and sleight of hand in search of the best deals possible.

Arsenal fans still don’t know if Alexis Sanchez will be forced to finish the final year of his contract, or be released to follow his Champions League quest. If the Chilean does go, Celtic’s Moussa Dembele is tipped to replace him.

The Gunners are also likely to sell Wojchec Szczesny to Juventus for 10-million Euros, and the London team is said to have made an offer for Southampton’s Virgil van Dijk.

Chelsea Misses Out on Top Picks

According to other whispers, Chelsea has been thwarted twice in their hunt for players already. It looks like Real Madrid’s Alvarado Morata has turned down their offer; the striker is said to be keen on AC Milan instead.

Juventus is also hanging on to left-back Alex Sandro, if the gossip can be believed, because they’ve already lost Leonardo Bonucci to AC Milan, so Sandro is another name of the Chelsea wish-list that they’ll have to do without.

There are plenty of other transfer rumours swirling around, involving all the prominent European clubs. Betting fans will find the latest updates, and even on rare occasions a confirmed fact, all over their social media feeds.

The other big football news of the week was much more sombre. Eight fans died at the Demba Diop Stadium in Dakar, Senegal, on Saturday, following the collapse of a wall during a stampede caused when rival fans clashed and the police responded by firing teargas into the crowd. The wall was supporting one of the stands, and the spectators were crushed to death in the panic following the collapse.

Senegal, already tense over an upcoming election in which the most popular opposition candidate is campaigning from jail, has suspended all sporting and cultural events until after the election.