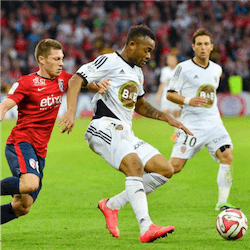 Australia’s soccer fans still have northern hemisphere betting options, despite European football’s summer hiatus. The climate of Central Asia makes the winters too extreme even for footballers, so the Kazakhstan Premier League, inaugurated in 1992, runs from spring to autumn, and their season corresponds to the calendar year.

Astana and Kairat the Rivals to Watch

Founded in the country’s capital in 2009, FC Astana has become one of Kazakhstan’s most formidable clubs in just eight years. They are the reigning Kazakhstan Premier League champions, and have been for three years running. They won the Kazakhstan Cup in 2010, 2012 and 2016, and the Kazakhstan Super Cup in 2011 and 2015.

Their strongest current opponents are based in the country’s largest city and former capital, Almaty; a fact that helps explain the intense rivalry between the Kairat and FC Astana suporters. Kairat fans are also conscious of their club’s 63-year history, so they tend to regard the reigning KPL champions as upstarts determined to buy success with expensive imported players.

So there was a lot at stake on 4 March; as runners-up in the 2017 KPL, for the third year in a row Kairat played Astana for the Kazakhstan Super Cup. The match was at Almaty’s Central Stadium, and after a goalless first half, the home crowd was delighted by Kairat’s Spanish defender Sesar Arzo’s score off a cross. Islambek Kuat put another one away for Kairat during stoppage time, allowing the Almaty team to retain the Super Cup, which they won for the first time last year.

Both teams have played plenty more matches in the past three months, and despite the setback in the first match of the season, Astana are back on top of the ladder with 36 points from 16 matches: 11 wins, 3 draws and 2 losses. However, Kairat is right behind them on 34 points from 17: 9 wins, 7 draws and only 1 loss. With more than a month left in the regular season, both sides could be worth a punt in their upcoming matches against lesser rivals.