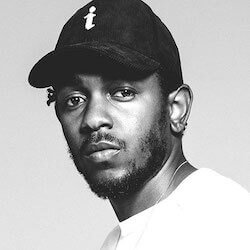 The halftime show at the Super Bowl every year has become something of a media legend. A combination of the USA’s most-watched football match and top-class talent, from Janet Jackson and Justin Timberlake to Lady Gaga to Beyonce, is irresistible to viewers. The glitzy costumes, vivid pyrotechnics and intricate dance numbers get bigger and better every year.

Advertisers realise this, so they tend to launch their most innovative, eye-catching, or simply controversial adverts during the Super Bowl halftime show, to maximise their impact. Now, however, the American genius for combining iconic sports events and razzmatazz musical shows is expanding into other events.

The winners of the Sugar Bowl and the Rose Bowl, both played on January 01, will meet in Atlanta’s state-of-the-art new Mercedes-Benz Stadium, to decide the college football top dogs for the season. But just in case that isn’t enough to attract the punters, they now also have a halftime show to look forward to.

On Tuesday, December 19, 2017, ESPN announced that the first College Football Playoff National Championship halftime show would feature rapper Kendrick Lamar. The 30-year-old singer-songwriter from Compton, Los Angeles, has been making his way up the music industry ranks since the age of 16.

He’s won seven Grammys since he first started to enjoy major recognition in 2009; five of them for the hit 2015-16 album ‘To Pimp A Butterfly’. In 2017, the single ‘Humble’ from his successful new album, ‘Damn’, gave him his first number one on the Billboard Hot 100 charts as a lead artist.

If anyone needs further convincing of Lamar’s star power, consider this: back in 2012, he publically said some very uncomplimentary things about his mate Kanye West’s wife, Kim Kardashian. Yet Yeezy still collaborates happily with Lamar, and has said he’s an ‘inspiration’.

That suggests a rare talent indeed…