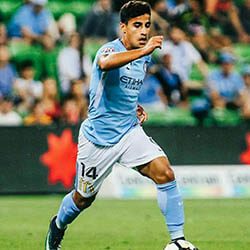 There is always room for a little good news, and the Australian Football arena was happy to supply it last week.

Daniel Arzani is back on the pitch after what must have been a gruelling 15 months out of the game. The 21-year old is one of our brightest prospects but missed more than 80 games after he ruptured his cruciate ligament. He made his return to the Celtic First Team on the 18th of January under Neil Lennon’s management for a Scottish Cup game against Partick Thistle. His team won, ending the match with a 2 – 1 score.

Sam Kerr has gotten off the mark, scoring the first goal for Chelsea in the English Women’s Super League. Her far-post header was well taken and her team also triumphed, managing a 4 – 1 win over Arsenal.

Her Captain, Magda Eriksson, said that as great as this feat was, it is also wonderful to see Kerr demonstrating her all-round game skills. Eriksson said that Kerr proved her worth once again as a player in the match which unfolded on the 19th of January, making specific mention of the fact that Kerr seems to be good at absolutely everything.

Eriksson said that Kerr is a terrific team player, she works diligently at defence, she wins balls, she has great air skills, and is excellent in behind. The Coach said that she has made a real difference to Chelsea and that she earned the goal she made.