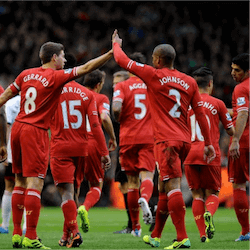 Liverpool football fans are already celebrating as if their team were through to the UEFA Champions League quarter-finals, but it’s hard to blame them. In the Reds’ first appearance in the last 16 of the tournament since 2009, they annihilated their hosts, Porto, in the first leg of their Ro16 tie on Wednesday night, finishing 5-0 up.

They play the second leg at Anfield on March 6, and unless things go disastrously wrong at home for Jurgen Klopp’s men, their spot in the last 8 looks locked down. Enthusiastic online sports betting punters will know that stranger things have happened in the Champions League, of course, so it’s not a dead cert; but Porto will have to work miracles to alter that outcome.

Liverpool’s five away goals included a hat-trick from Senegalese star Sadio Mane, with Roberto Firmino and Mohamed Salah slotting the other two. The match wasn’t as one-sided as the final score makes it seem, though.

In the early stages, Porto were playing a lively, adventurous game that saw them threatening in Liverpool’s half on a number of occasions. Their back 6 did some sterling work, and without their efforts the final score would have been even more humiliating.

So Liverpool might not be as unstoppable as some fans think in the return encounter. They displayed some dazzling skill and teamwork on Wednesday, however, and it’ll be a brave punter who bets against them in the second leg.

In the other Champions League last 16 first legs played on Tuesday and Wednesday, Manchester City beat FC Basel 4-0, and Real Madrid took a 3-1 win against Paris St-Germain. Tottenham Hotspur finished 2-2 against Juventus. All six teams will also play their second legs on March 6 or 7.

Yet to play their Ro16 first legs, scheduled for February 20 and 21, are Bayern vs Besiktas, Chelsea vs Barcelona, Sevilla vs Manchester United and Shakhtar Donetsk vs Roma.