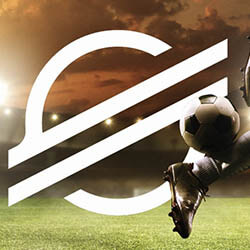 London Football Exchange Group, a cryptocurrency firm which raised AU$70 million in Initial Coin Offerings in 2017, has just acquired one of the largest Football teams in Australia, the Perth Glory FC. The deal is subject to approval by Football Federation Australia but seems likely to go ahead.

LFE now owns a majority stake in Perth Glory Football Club, who currently ranks third in the Australian A-League, behind the Melbourne Demons and Sydney’s Bling FC. When they made the announcement, however, the firm was quick to assure fans that there will be no significant changes in how the club operates or functions and the day-to-day management structure will remain as it is.

LFE offers a blockchain-based marketplace that allows fans to access merchandise and ticketing and it will also act as a way for Football clubs to raise capital amidst a market that is becoming increasingly more competitive as big teams monopolise certain players thanks to exceptional television deals.

Tony Sage, Chairman for the LFE Football Group, stated that his passion for the Perth Glory FC is well-known and he’s well aware of fans’ loyalty. He said that this is why he’s proud to say that his company is designed and staffed by fans for fans and he’s a loyal member of a team that puts PGFC firmly in the cornerstone of the project.

Sage said that he’s really looking forward to the next few years and said plans are already in motion to make the company the dominant force as far as Footballing standards are concerned but they also want to focus on youth development.