A Look At The Europa League Quarterfinal Draw 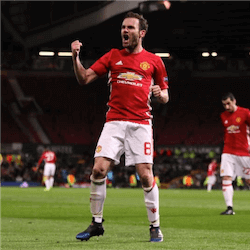 The UEFA Europa League has reached the crucial quarterfinal stages. On the 17th of March, punters, football fans and eight elite clubs all waited with bated breath as the quarterfinal draw took place. Today we know how the teams will match up. Ajax will take on Schalke, Anderlecht will face off against Manchester United, Celta Vigo will go up against Genk and Lyon will complete the set against Beşiktaş.

The ties will take place on the 13th and 20th of April. Let’s take a look at how the teams match up. First up, Ajax versus Schalke. This is essentially a matchup between two former winners. Schalke lifted the trophy back in 1996/1997 while Ajax has won it in 1991/1992. Klass-Jan Huntelaar, Shalke’s star striker spent a total of three seasons at Ajax, racking up more than 100 goals. The last time Ajax faced off against a German club was in 2013 against Borussia Dortmund. In the past 14 games againt German clubs, Ajax has won 12 times on home soil.

In the second matchup, we see Anderlecht take on Manchester United. The two teams have met a total of six times. The teams are very evenly matched with three wins and three losses apiece. Manchester were however responsible for the 10-0 thrashing of Anderlecht which remains their biggest European defeat on record. One interesting fact is that Anderlecht has never won in 15 away games in England, losing 13 and drawing 2.

One matchup that will have punters in a spin is Celta versus Genk.  Celta has previously only gone up against a single Belgian club back in 2004. Their opponent was Club Brugge where the team drew both home and away matches in the UEFA Champions League group stages. Genk has a reasonable record of 5 wins and 3losses in Spain during the Europa League group stage. Artiz Aduriz was the man scoring the majority of the goals.

Finally, we have Lyon versus Beşiktaş. This will be an interesting one for the books, as these two teams have never met in a competitive fixture before. Lyon has not faced any Turkish side since the group stages of the EEFA Champions League back in 2005. At the time they took on Feuerbach beating them 3-1 in Istanbul following it up with a 4-2 win at home. Meanwhile Beşiktaş have never lost against a French side at home but have also not won a single match away in France.