A Look At Why Monaco Can Win The Champions League 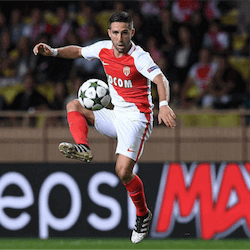 Why Monaco Can Win the Champions League

At the start of the season, not many people thought that Monaco would advance into the latter stages of the UEFA Champions League. Well, not only have they exceeded all expectations, they have also done it in style. The youthful Monaco team kicked off their Champions League campaign in July last year with a win over Fenerbahçe and Villarreal. This confirmed their spot in the competition and gave them the boost they needed to keep winning.

The team then went on to defeat Tottenham with a pair of 2-1 wins on their way to the top of the group log. Despite losing 3-0 to Leverkusen, the team had done enough to maintain their top position and move through to the round of 16. This is where Monaco have really come into their own. Up till that point, they were hanging on the edge of everyone’s radar until they defeated Manchester City. Now all eyes will be on the team as they face Dortmund.

The Pivotal Moment for Monaco

The pivotal moment in the Monaco Champions League campaign presented itself in the round of 16. Manchester City held a 5-3 first-round deficit going into their match. If anyone doubted their chances winning, it certainly was not the players. From the first few minutes of the game, it seemed Monaco were the only ones on the field. They immediately put Manchester City on the back foot. Goals from Fabinho and Kylian Mbappé got Price Albert II to his feet along with everyone in the stadium.

Described as a bunch of mates by Mbappé himself, the Monaco team are unique in that they play completely without fear. It is almost as if they are a bunch of kids playing for fun in the school yard. The average age of the players in the outfield is around 22. Their youthful exuberance and lack of fear make them extremely dangerous and ready for anything.

Monaco’s biggest weapon is the Colombian striker Radamel Falcao. At age 31, he is one of the more experienced players in the side and has proved his worth. In the six games he has played in the competition, he has notched up six goals and shows no signs of slowing down. Another player to look out for is Kylian Mbappé.

The 18-year-old forward’s talent is such that he has managed to score a goal for every game he has played since February this year. The unsung hero of the team has to be Andrea Raggi. The powerful centre-back didn’t quite live up to his reputation in Italy but he seems to be improving every year since joining Monaco in 2012.