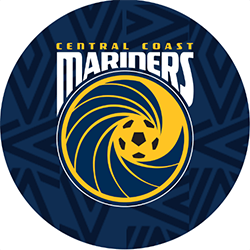 Founded in 2004 and based in Gosford on the Central Coast of New South Wales, the Mariners not only face having to soon adjust to new club ownership, but also the real risk of physical relocation.

The latest spate of uncertainty follows a stunning 3-2 victory after a riveting and nail-biting stand-off with Melbourne Victory on Monday evening. Charlesworth’s intentions of offloading his major shares in the club has however now turned the last-of-season win into something of a bittersweet event for the struggling football club. Charlesworth has reportedly pegged the selling price at a minimum staring offer of $4 million – a rumour the club is vehemently denying as being the case.

But, says club CEO Shaun Mielekamp, he himself remains highly optimistic a buyer intent on keeping the Mariners in Gosford will sooner or later emerge. Mielekamp was however at the same time quick to add that since Charlesworth was primarily interested in seeing a proper return on his initial investment, the possibility of a relocation isn’t at all off the bargaining table. The fact that Gosford is a small near-niche market isn’t exactly positioned on the ‘no relocation’ benefits side of the equation either.

Several potential buyers have reportedly indicated their interest in acquiring the historically-struggling club but according to Mielekamp, none of these are close to either sealing the deal or indicating whether or not a physical move will be on the cards.