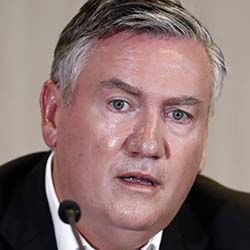 Eddie McGuire is unable to eradicate systemic racism at Collingwood and should as such resign from his role as club president – with immediate effect. This was the gist of how several politicians, former sporting greats, academics, and writers responded in an open letter as part of growing calls for Collingwood to address its glaring racism problem.

The letter came in response to a damning report led by UTS distinguished professor Larissa Behrendt, which report found the club to have repeatedly acted from a position of defensiveness whenever incidents involving racism had emerged in the media.

McGuire practically signed his own exit when at a recent press conference he claimed Collingwood was not a racially-minded club or one will ill intentions. Even though he later apologised for some of the statements he had made, calls for his immediate resignation have not died down since.

In the letter, the authors state their belief that McGuire has repeatedly shown himself incapable of guiding the football club through any sort of significant or meaningful transformation process. They also say the club’s response to the so-called “Do Better” report has been shameful and completely unacceptable, and go on to call on Collingwood’s sponsors – which include Nike, Emirates, and CGU Insurance – to take a stand and make a statement by clearly rejecting racism.