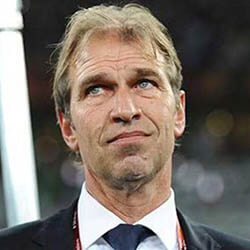 Famed Dutch Football manager, Pim Verbeek, who was known for taking Australia to the World Cup in 2019, has died aged 63 after a four-year battle with cancer. His death was followed by tributes from around the world, including his home country the Netherlands. He is most well known in Australia for being the first manager in history to lead the Socceroos into a campaign though the Asian Football Confederation that eventually saw them qualifying for the World Cup.

Following a number of appointments through the J-League and Dutch Eredivisie, Verbeek went on to manage the South Korean team, who placed third in the 2007 Asian Cup. Previously, he had worked as an assistant on the national team under the guidance of Guus Hiddink and Dick Advocaat for the 2002 and 2006 World Cups. After he handed in his resignation, he took over the managerial role for the Socceroos at the end of 2007, and had led them into their famous qualifying run, and they went on to become the second team to qualify for the 2010 World Cup that took place in South Africa.

He is also the last manager to win a World Cup for Australia after they bested Serbia 201 for their third group stage game, but were ultimately not able to advance to the last 16 due to the goal difference. He was also able to push Oman to the last 16 for the Asian Cup at the beginning of the year, a first for the country.