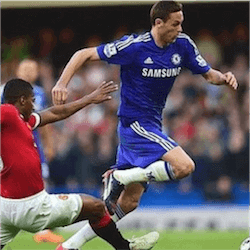 Three games into the 2017-18 English Premier League season, the tournament is divided along geographical lines conforming to England’s perennial North-South rivalry. The North are decidedly ahead, with Manchester United, Liverpool, Huddersfield Town and Manchester City filling the top four spots on the ladder.

Chelsea is the only team doing the Southerners proud so far, lying sixth, with West Bromwich Albion at fifth playing the traditional Midlands role of buffer between North and South.

The bottom of the table is awash with Southern teams. West Ham United, Crystal Palace and AFC Bournemouth are on zero points after three losses on the trot, Brighton & Hove Albion have a single point after a draw with Watford on Saturday, and Arsenal are on three points, thanks to their season-opener win against Leicester City.

Gunners Go Down 4-0 to Liverpool

After a 1-0 loss to Stoke City last Saturday, Arsenal needed the away win against Liverpool in Sunday’s final match of the round. It was not to be: the Reds were too good from the start. Roberto Firmino scored with a header 17 minutes in, off a cross by Joseph Gomez.

Sadio Mane put away a beautiful shot five minutes shy of half time, and the hosts got their third goal 12 minutes into the second half from a wizardly run by Mohamed Salah that started on the halfway line. Salah’s brilliant cross for Daniel Sturridge to put away for number four, 13 minutes before full time, sealed the Gunners’ fate.

Rest of the Weekend’s Results

Sunday’s matches saw two 1-1 draws, in the West Brom-Stoke City and Tottenham-Burnley matches. Chelsea were the only Londoners to end the weekend smiling, taking their second win of the season when they beat Everton 2-0, and staying in the hunt for the Top 4.

There will be no Premier League fixtures this weekend, as players will be doing duty in their national football teams for FIFA World Cup 2018 qualifiers. The EPL season resumes on Saturday, 9 September.