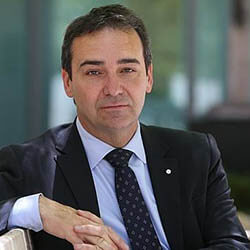 Steven Spence Marshall, the 46th and current Premier of South Australia, has stated that he will be holding any attempts to create an Australian Football League hub in his state in abeyance until medical experts weigh in.

The AFL has been floating the idea of setting up several hubs across Australia to reduce the risk of spreading coronavirus COVID-19 if the season were to recommence.

When he was asked about the chance of having one in South Australia, Premier Marshall said that he is trying not to make any important political decisions during this disaster. He said that he’s been letting experts guide him and will continue to do so, consulting with Associate Professor Nicola Spurrier, Chief Public Health Officer of South Australia and the Commissioner of Police.

Premier Marshall said that he would need to weigh up the risk of setting up such a hub but can say for sure that it’s still too early to give any definite answer. He stated that, until there is evidence that we’re beating the pandemic, nothing can be done.

Premier Marshall used Japan as an example of a country that everyone thought was finally on the upswing after being hit hard by COVID-19, just before we saw a massive spike in infected cases there and in other countries. He mentioned Prime Minister Scott Morrison’s comment that what we don’t know about this coronavirus is still more than what we do know about it and, until that changes, no plans can be made in good conscience.