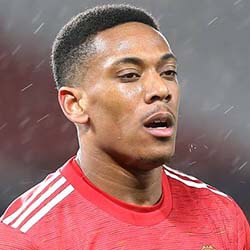 Social media users found to have directed racial comments and messages at footballers will in future face having their accounts shut down for good, Instagram has announced. A wave of racially-driven online abuse has been the new norm on the social media platform, with racist comments targeting mostly footballers.

Players harassed by racial slurs and messages in recent weeks include Man-U players Anthony Martial, Marcus Rashford, Lauren James, and Axel Tuanzebe. West Brom star Romaine Sawyers, too, suffered heavily at the hands of racists, as did Chelsea full-back Reece James, who is the brother of Lauren James.

While Instagram did not previously see the need to use smart tech to detect in-message inappropriate content, the social media platform has announced that it will henceforth be implementing new measures to combat online abuse. One such measure will be the removal of users’ accounts.

Removing abusive and racist accounts will ensure a no-tolerance approach to social ills, Instagram announced this week. The platform also emphasised its commitment to working with law enforcement officials in the UK as and when necessary.

UK Culture Secretary Oliver Dowden has in the meantime applauded the social media giant’s decision and ramped-up policies, saying racial abuse remained a part of everyday life for too many people. So much so, said Dowden, that not nearly enough is being done to address and eradicate the problem.

Dowden also referred to the newly proposed Online Safety Bill, a piece of legislation he said could see massive fines imposed on those firms found to repeatedly fail and/or neglect to protect their users.