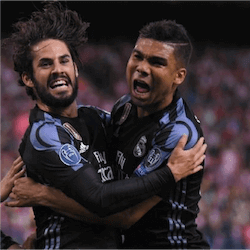 The past week saw the final ties of the 2017 UEFA Champions League semi-finals done and dusted. On Tuesday, smart Australian punters had a bet on Juventus, the favourites after beating AS Monaco 2-0 in the Turin first tie.

Inspired work by Juventus’ Brazilian defender Dani Alves saw the Serie A side up 2-0 by halftime in Monaco on Tuesday, and practically unassailable for the rest of the tie. A cross from Alves allowed Mario Mandzukic to net the first goal, and Alves himself put away the second with an explosive volley.

A goal by Monaco’s promising 18-year-old, Kylian Mbappe, in the 69th minute didn’t make a difference to Juventus’ berth in the final, but it did end a run of six Champions League matches in which the Italian side’s veteran goalie, Gianluigi Buffon, hadn’t let one in.

In Wednesday’s Madrid derby second tie, Real Madrid were the punters’ favourites, after beating Atletico Madrid 3-0 in their first game. Despite the massive support of a sentimental crowd who came out to give Atletico a rousing send-off in their last match at the Calderon stadium, Real proved too strong once again.

Can Real Madrid Retain the Championship?

Wednesday’s second tie proved that Real is a team that stays steady under pressure, sticking to a calm, conservative game plan even when things aren’t going their way. When Atletico delighted their fans by roaring into a 2-0 lead within the first 20 minutes, it looked like an upset of Barcelona-PSG proportions might be shaping up.

However, there was no panic in the Real ranks, and a goal from Isco in the 42nd minute, off a rebound from a valiant save by Atletico’s Jan Oblak, put them back to a comfortable 2-goal cushion overall, which they retained for the rest of the match.

Australian football fans now have to decide which of these giants to back in the final, to be played in Cardiff, Wales on 3 June. Real manager Zinedine Zidane will also have mixed feelings, seeing his current charges pitted against his former team.

However, no side has ever won the UEFA Champions League two years in succession. So as the defending champions, and with a chance to make history, Real Madrid may just have that extra bit of motivation they need in the final.