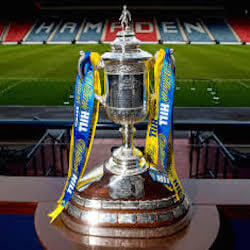 Celtic started the weekend with a hard-fought 3-2 win against Partick Thistle, putting the Glasgow side through to the quarter-finals. They’ll play Greenock Morton in Glasgow on March 3 for a semis berth.

Celtic are the defending Scottish Cup champions, but the Morton lads were their runners-up last year. They haven’t won the Scottish Cup since 1922, but they got so close last year, fans will be hoping that this time they can go all the way.

Hearts Among the Other Quarter-Finalists

Saturday’s fifth round also brought good news fro Heart of Midlothian. They took their second win of the tournament, beating St Johnstone 3-0. Hearts will face Motherwell in the March 3 semis; the latter through after a 2-0 away win against Dundee on Saturday. Motherwell will host their quarter-final.

Kilmarnock, another side that has only had to play two rounds so far, took a convincing 4-0 victory at home against Brora Rangers in Saturday’s final match. On Sunday, Aberdeen at home to Dundee United finished with a 4-2 win, and Aberdeen will host Kilmarnock in their semi.

Celtic’s perennial Glasgow rivals, Rangers, had the most convincing Round of 16 win on Sunday, pummelling Ayr United 6-1. And even then, Rangers goalie Wes Foderingham felt the need to apologise to fans on Twitter for letting one in.

Rangers will be up against Falkirk on March 3, at home in Glasgow. Falkirk are through following Saturday’s 3-1 win over Cove Rangers, completing the set of eight teams that came into the Scottish Cup only in Round 4, and are now through to the quarter-finals.