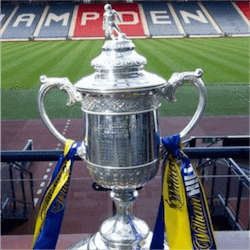 The last match of the Scottish Cup season before the quarter-finals will now see a replay on Wednesday, February 22, after a tense but goalless draw between defending champions Hibernian and Heart of Midlothian last Sunday.

Australian betting enthusiasts will want to keep an eye on Wednesday’s repeat Edinburgh derby, as it will determine which team goes through to face Ayr United in the first Scottish Cup quarter-final on Saturday, March 04.

The Ayrshire side reached the quarter-finals via a fifth-round 2-1 win over Clyde F.C. This match was also a replay, after their original clash ended in a 1-1 draw at full time.

Six Other Quarter-Finalists Already Through

The rest of the spots in the quarter-finals have already been decided. The Scottish Football Association Challenge Cup, to give it its official name, is the premier soccer knock-out tournament in Scotland. Preliminary rounds started in August, and there have been five knock-out rounds since September.

Celtic F.C., holder of the Scottish Cup record after winning 36 titles over the tournament’s 144-year history, was the first team to qualify for the quarter-finals. The Glasgow team thumped Inverness 6-0 last Saturday, which is good news for those backing them to make it 37.

Celtic will face St Mirren in the third quarter-final on Sunday, March 05. The Paisley side are through after beating East Fife 3-2 on Saturday.

In the second quarter-final, Rangers will play Hamilton Academicals on March 04. Celtic’s arch-rivals made it to the quarter-final with a 2-1 win over Greenock Morton last Sunday. Hamilton are through courtesy of a one-all draw against Dunfermline Athletic in Round 5, followed by a replay last Tuesday that was also 1-1 at full time, and a penalty shoot-out that Hamilton won 3-0.

The last quarter-final match, to be played on Sunday, March 05, will be between Aberdeen F.C. and Glasgow’s Partick Thistle. Both achieved their quarter-final berths through 1-0 victories last Saturday: Aberdeen playing highlanders Ross County, and Partick against Perth’s 2014 Scottish Cup champions, St Johnstone.