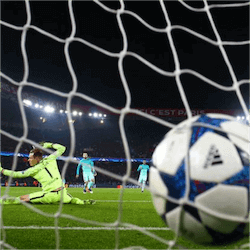 Between the English Premier League, the UEFA Europa League and the UEFA Champions League, Australia’s football supporters can enjoy world-class action in the weeks ahead. The Champions League quarter-finals saw their first legs played this week, and two of the results have ratcheted up the tension considerably.

Tuesday saw a match between heavyweight teams, with Juventus at home to Barcelona. The Italian side put on a fantastic display in Turin, with young Argentinian star Paulo Dybala slotting two goals in the first half, and defender Giorgio Chiellini putting another one away with a great header in the second half.

Barcelona Still in with a Chance

Barca didn’t manage a single score in reply, losing 3-0. However, this position may not be as hopeless as it looks, as Barca fans learnt in the Round of 16. After losing 4-0 in Paris to PSG, most punters predicted the end for the Spanish side, as no team had ever come back from a four-goal deficit to win their round.

That’s exactly what Barca did, winning 6-1 at Camp Nou to make the final eight. So their die-hard supporter will be back at the revered ground on Wednesday, praying for yet another spectacular second-leg reversal.

Tuesday’s second leg between Bayern Munich and Real Madrid in Spain will also be a must-watch match. Both sides are being well supported by betting fans to win the tournament, although the Spanish side has the upper hand at the moment. In Wednesday’s first leg in Munich, they beat Bayern 2-1. So like Barca, the German team will also be fighting hard in the second leg to overcome a goal difference.

After their first-leg match was postponed because of a bomb explosion on the Dortmund team bus in Germany, Monaco beat Borussia Dortmund 3-2. The German side may still have been unsettled by the terrorist attack, however, so there’s no ruling them out for this Wednesday’s second leg in Monaco.

It looks like Leicester City’s tournament is coming to an end. They lost 1-0 to Atletico Madrid on Wednesday, and even home-ground advantage in Tuesday’s second leg may not be enough to save them. The four teams that go through next week will be back for the first leg of the semis on 2-3 May.