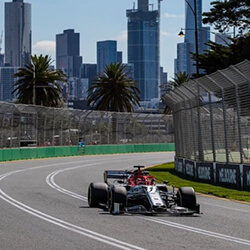 The 2020 Formula 1 season will begin on the 15th or march next year with the Australian Grand Prix as the startling event to be held in Melbourne. The 25th race in Melbourne, which has hosted the race since 1996, will mark the start of the 70th year for Formula 1.

F1 chairman Chase Carey told reporters that The Albert park circuit is one of the most popular in the world, and that there is no better place to begin next year’s season. The date, which is the same as last year’s season, was announced without any other details. F1 has stated that there will be two new races on their roster for next year, and will include the return of Dutch Grand Prix in Zandvoort, along with a new race in Hanoi, the capital of Vietnam.

Four races are in doubt, however, as Britain, Mexico, Spain, and Germany will all be out of contract at the end of the current season. Two of those races are expected to be removed from the calendar, which will keep the total amount of races at 21. Spain and Germany are considered by the F1 to be the most vulnerable to lose their contracts, and the Mexican government has made it clear that they have some reservations about continuing the race, and there has also been some doubt from Great Britain.

Silverstone and F1 were close to make a new contact, but have since decided to hold off.