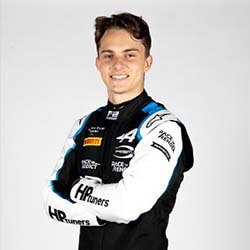 Oscar Piastri has shared his intent to join Daniel Ricciardo in Formula 1. He has the experience and team backing him to turn this idea into a reality within the next year.

20-year-old Piastri is the current Formula 3 world champion and is looking to take the Formula 2 championship title this year. His relationship with manager Mark Webber has fast-tracked his plans to join Formula 1 a year earlier than previously expected. Mark Webber’s Formula 1 experience has definitely played a role in helping Piastri reach his dreams. He is able to give advice based on the race at hand to help Piastri have an extra edge on race day.

Being managed and mentored by Australian racing great Mark Webber, Piastri said his ambitions to spend two years racing on the second tier had changed. After having a promising start to the 2021 season, Piastri believes that they are on the right track to take the championship. While this is no easy task, he is happy to stick to the original planning of spending two years in Formula 2.

His current momentum has him hopeful that we will have a chance at winning his third championship title, give him a greater chance of making it into Formula 1 within the next year. Piastri will be competing in Monaco next where his mentor and manager Mark Webber has won twice before. You do not want to miss it.