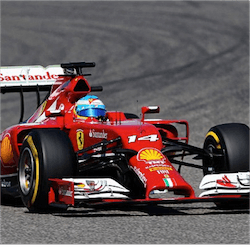 As a major international sport, Formula 1 has always been in touch with the latest technology. This year F1 will see an even bigger shakeup in technology and design, creating a whole new era of racing. The proposed change comes in response to punters and racing fans saying that the sport has become far too predictable.

All you have to do is look at the results of the constructor’s championship over the past few years. Mercedes has happily walked away with the tittle three times in a row and fans are feeling that something needs to be done to even out the field. To add to this, the technology of the cars has developed to such a point that the balance between man and machine has gone too far in favour of the machine.

It seems that in a sport where the drivers should be controlling the cars, it is actually the other way round. The consensus is that F1 has become far too easy on the drivers with the cars doing all the work. Both Fernando Alonos and former driver Mark Webber have stated that modern F1 drivers just don’t have it nearly as hard as they did back in the day.

Driver Physical Training is the Key

So how is Formula 1 going to change this mismatch of man and machine? By increasing the speed, it seems. In this case, increasing the downforce on the cars will equate to more speed on the track. The proposed changes to the 2017 F1 rules will give the teams greater scope to improve the downforce on the cars. Increased downforce means better grip on the track and faster cornering with drivers able to hit the brakes much later than usual.

What all this means is that the drivers themselves will be able to push the cars closer to their limits for extended periods of the race. The increased downforce is predicted to increase overall lap speeds by three to five seconds, which in formula 1 is a massive boost. The drivers will play more of a role with all the extra G-forces slamming their bodies against the seats as they fly around the corners at higher speeds.

Emphasis would have to be placed on driver physical condition training to keep the cars on the track. With increases speeds, we can expect fatigue to play a major role in how the race will pan out. As the race wears on, drivers will be brought to the brink of exhaustion as the laps tick away. Only drivers who were around in the early 2000’s will have experienced such physically demanding races.