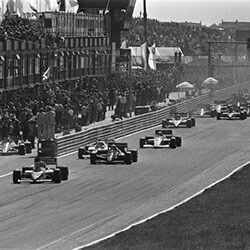 The Dutch Grand Prix event is expected to return to the Formula 1 season for 2020 for the first time since 1985. The event will be taking place at the historic Zandvoort circuit sometime in may, the same time that the Spanish Grand Prix was held this year. Formula 1 bosses are hoping that the surge in interest in Max Verstappen in Red Bull will help to make the Dutch Grand Prix more well-known within the racing world.

Talking about the interest, Red Bull team boss Christian Horner said that a Dutch Grand Prix would be immense with the popularity of Verstappen. Verstappen has become one of the F1’s most famous drivers, and European races are a popular pastime for many Dutch fans, the majority of which wear orange shirts to the races, the colour of their home country.

Zandvoort, which is set on the coast closest to Amsterdam, is expected to fully sell out next year. It also marks it as the second newest track to be added to the F1 calendar for the year, after the announcement of a new street race that will be taking place in Hanoi, the capital of Vietnam. Chairman and chief executive of F1, Chase Carey, stated that they are pleased to announce that Formula 1 will be making a comeback in the Netherlands, specifically at the Zandvoort track. Carey added that from the beginning of their tenure, they have wanted to ring the race back to their historic track.