F1 Now A Thing Of Hamilton Vs Verstappen 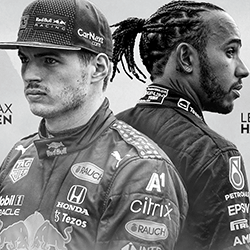 With the F1 mid-season break now over, racing resumed as part of the Belgium Grand Prix on Friday morning.

As for the remainder of the season, there are now 11 races on the cards – with ace and champion Lewis Hamilton and fellow race-maker Max Verstappen officially headed for a record once-in-career showdown of epic proportions.

There’s also Daniel Ricciardo – with his story unfortunately a thing of desperation as he tries to convince McLaren of his money’s worth. This while Valtteri Bottas could sooner rather than later be headed towards his final stunts for Mercedes – unless he manages to turn his fate around, that is.

While every man will have his own view of how the season should play out, it’s Hamilton who still manages to top the points list.

While Hamilton has traditionally been known to prepare fans for the worst before out-performing team Red Bull, the cards are slightly turned this year. The Brit may actually have a real fight on his hands from Max Verstappen and his team for what remains of the year and season.

While Hamilton has managed to ace three wins out of the first for races of the season, there have been events during which Verstappen was the stronger driver of the two – most notably in Spain. And that Hamilton has managed to lose marks on the scorecard in both Monaco as well as Azerbaijan is common business. Scrappy racing simply never pays, especially not when you’re up against a hungry opponent.

If anything, kings will be made over the next few months.