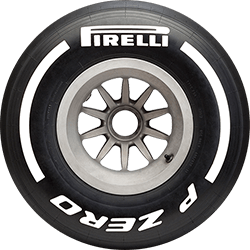 Formula 1 teams have all rejected the tyre design that had been proposed by designer and supplier Pirelli for the upcoming 2020 season. The Italian company had hoped that their new design would allow their plans to move forward, where they wanted less sensitive tyres that would allow drivers to push harder and race faster. But at a recent test that took place at Abu Dhabi, teams all agreed that they preferred the tyres that had been used for the 2019 season.

Pirelli stated that they had been sure of the new design for the 2020 tyres, but that they understood that a number of other factors had been involved in the ultimate decision. A spokesman from the company had pointed out that the new tyre is a different profile from the previous model, and that the teams would be forced to make changes to their cars at a late stage in the design process. He also added that there was only a single year left of the technical regulations that are currently in place before big changes planned for the 2021 season. As a result, the teams were not ready to change their cars just for the tyres, especially when they are getting ready to overhaul their vehicles for 2021.

Pirelli went on to say that the solutions that were used for the 2020 tyres would be used in 2021, and it’s expected that wheel sizes will be increased from 13 inches to 18 inches.