Hartley to Race in US Grand Prix 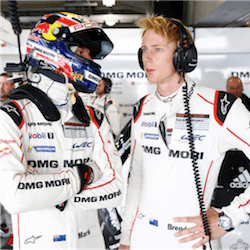 Australian motorsport fans will be following the action in Elroy, Texas, keenly this Sunday, when the Circuit of the Americas hosts the 47th US Grand Prix. Not only could it be the race that decides the 2017 Formula 1 Championship, but it’s also a great opportunity for some trans-Tasman solidarity, as New Zealand’s Brendon Hartley makes his F1 debut.

The Scuderia Toro Rosso test and reserve driver is replacing Pierre Gasly in a one-race substitution, as neither Gasly nor Toro Rosso’s other driver, Carlos Sainz, are available to partner Daniil Kvyiat. It’s a big career step for the 27-year-old Kiwi, who won the 2017 24 Hours of Le Mans in June with teammates Timo Bernhard and Earl Bamber. The three are currently joint leaders in the 2017 World Endurance Drivers’ Championship.

However, punters will be surprised if Hartley makes a major impression in his first F1 Grand Prix: betting sites are currently offering odds of $500.00 to $5,000.00 on him finishing at the top of the podium.

Hamilton Could Wrap It Up on Sunday

The odds-on favourite to win on Sunday, at around $0.80, is Mercedes-Benz driver Lewis Hamilton, which is perfectly understandable, given his current form. His victory last Sunday in Japan put the British driver on eight wins from 16 races; with 306 points on the ladder, he’s 59 points clear of Ferrari’s Sebastian Vettel. If he starts from pole position again on Sunday, as he has in five of the last seven races, there could be no stopping him.

If Hamilton does win the US Grand Prix, he’ll be on 331 points. Even second place would only take Vettel to 265: a gap of 66 points. It’s conceivable that Hamilton could have three no-points disasters in a row in the final races of the season, while his German rival wins all three, but it’s highly unlikely.

In other words, if Hamilton wins the US Grand Prix on Sunday, he pretty much has the 2017 F1 World Drivers’ Championship sewn up, and another Constructors’ Championship in the bag for Mercedes too. That isn’t to say that Vettel, defending his second place on the ladder against Hamilton’s teammate Valtteri Bottas, might not be worth a punt on Sunday; he’s at $2.00 and up.