Kimi Raikkonen To Retire At End Of 2021 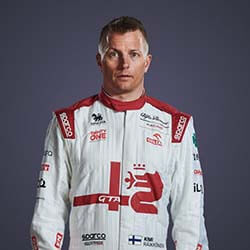 Kimi Raikkonen, a former F1 world champion, has announced his retirement from the sport to be effective at the end of this season.

This year 41 years of age, Raikkonen has spent the past three years competing for Alfa Romeo. He earned his one and only world championship drivers’ title while driving for Ferrari – in 2007. His final event will be in Abu Dhabi at the end of the year.

Raikkonen last year set up a new record for the most F1 starts. He revealed in a recent Instagram post that the decision to retire had been taken as long ago as last winter. While not an easy decision to make, the Fin said the time has come for him to explore and do new things. He thanked his family, friends, fans, current and former teams, and everybody else involved in his Formula One racing career over the years.

While a lone F1 titleholder, the beloved race car driver became a title contender after only two years following his debut on the track. This was in 2003, when he finished in the runner-up position behind Ferrari all-time legend Michael Schumacher. He very nearly made it to a title win in 2005, but was that year beat to the victory post by Fernando Alonso.

Raikkonen finally got his big moment in 2007 when he beat former team McLaren, at the time represented on the track by Lewis Hamilton and Fernando Alonso, to become the new Formula One world champion.