Latest on the Monaco Grand Prix 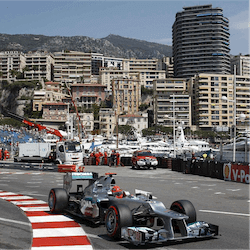 The first five races of the 2017 Formula 1 championships have been dismal for team McLaren-Honda and their drivers, Fernando Alonso and Stoffel Vandoorne. The Spanish racing legend, a two-time world champion, and his 25-year-old teammate have been plagued by power losses and other mechanical failures, which have resulted in each driver completing only two races so far.

There have also been reports that McLaren will not be receiving an upgraded power unit from Renault for several weeks yet. Since his best finish so far this year has been the 12th place he managed in the Spanish Grand Prix, Alonso is not at all sorry to be missing this Sunday’s Monaco Grand Prix to race in the Indy 500 instead.

As the 2006 and 2007 Monaco Champion told reporters, compared to the chance of adding the Indy to his trophy cabinet and thus completing the second leg of international motorsport’s Triple Crown, the 2017 Monaco Grand Prix has little to offer him.

McLaren is currently the only team without a single point in both the constructors’ and drivers’ championships, and given the power issues they’ve been experiencing, Alonso doesn’t see how they could beat Mercedes, Ferrari or Red Bull on Monaco’s legendary street circuit. He says he’s not interested in competing for seventh place, which is understandable.

To add to the McLaren team’s woes, Vandoorne has been slapped with a three-place grid penalty in Monaco. The Belgian was involved in a collision with Williams driver Felipe Massa on the first turn at Sunday’s Spanish Grand Prix in Barcelona, which caused Vandoorne yet another unlucky retirement.

Massa was forced to make an extra pit stop and finished 13th, behind Vandoorne’s teammate Alonso. Officials reviewed footage of the contact and decided Vandoorne was to blame, hence the grid penalty in Monaco. So it would be extremely optimistic of Aussie punters to back Vandoorne this week.

Of course, they may want to consider a punt on Alonso’s replacement for Monaco: 2009 Formula 1 world champion Jenson Button. The British driver has won the Monaco Grand Prix once before, in the year he took the drivers’ championship, so his one-off appearance in the McLaren cockpit on Sunday could make for some interesting surprises.