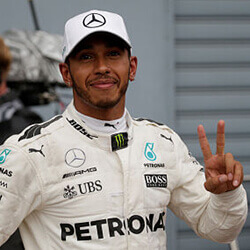 Red Bull’s Max Verstappen lost his temper at the 2018 Formula One Italian Grand Prix after a penalty sent the driver into a rage, and his meltdown was called out by both officials and fans alike.

Verstappen was given the five second penalty after stewards determined that he had caused a collision due to unfair defending, which involved Veltteri Bottas. Verstappen went on to swear loudly and tell the Red Bull garage team that “they’re doing a great job killing racing.” The Red Bull driver spent most of the race attempting to take the fourth place from Sebastian Vettel.

Hamilton and Kimi Raikkonen fought for the lead after Vettel was forced to start again early on, but Hamilton managed t pull ahead of Raikkonen for the last few laps. Vettel, who was involved in a spin-out during the first lap, never managed to recover from the early blunder.

Raikkonen’s loss to Hamilton can be tied back to the pit stop that he decided to make toward the latter part of the race, and Hamilton quickly took the opportunity to take lead for the remaining eight laps, and held on to his first position until the finish line. The English driver had been following Raikonnen closely for most of the race, and used the Finn’s slipstream to make a fast overtake on the outside of the first chicane.

Hamilton maintained his speed, and the four-time winner took home his fifth title victory at Monza.