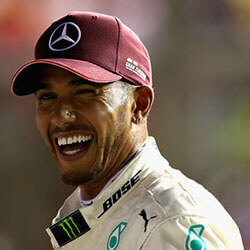 The world’s number one driver, Lewis Hamilton, has continued his current winning-streak by claiming victory at the Singapore Grand Prix. Hamilton ran the race from a pole position, and left his two main rivals Sebastian Vettel and Max Verstappen far behind him as he crossed the finish line.

Ferrari made the decision to pit in the 15th lap, allowing Mercedes to rethink their strategy during an extremely hot South East Asian day. Verstappen managed to upend Vettel with an undercut as he came out of the pits. The Dutchman then went on to Join Hamilton as they lapped Romain Groskean and Sergey Sirotkin. Hamilton had dubbed the pair as crazy as he and Verstappen made a memorable finish.

Hamilton now leads the roster with a 40-point lead over Vettel, and both are now set to head off to the Russian Grand Prix. If Vettel hopes to have a shot at winning the 2018 crown, he would need to win the last six races consecutively. With a total of six races left in the 2018 title, and Hamilton’s huge lead over his opponents, the British racer is almost certain to earn the fifth title of his career so far.