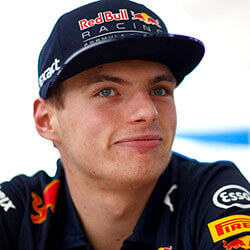 The Austrian Grand Prix saw some disappointment for Verstappen as he finished sixth overall on the track, behind Kevin Magnussen’s Haas. This was made worse with a collision that took place on the second lap with Lewis Hamilton during the Bahrain Prix.

And yet again, hopes were dashed in the recent races in China, as his own over-exuberance caused further dismay for the driver. It was caused by an over-take of Hamilton that many have claimed was due to his own impatience, and ultimately saw him having run off the road. He missed a pit stop for new tyres, and was forced off the road as his rival passed him thanks to new, faster tyres.

Again he was hit with misfortune thanks to another problem further on in the laps, as his vehicle locked up during an attempt at a passing of Sebastian Vettel at Turn 14, which gave him a 10 second penalty. This had led to a series of criticisms for the 20 year old driver, with many saying that his driving style is too aggressive, and leading to Verstappen admitting that he needs to stop and look into the incidents that have caused him to fall so far behind.

He has stated since, “Not the result I wanted today, we missed a great opportunity for a double podium. I tried to pass Lewis on the outside but there were too many marbles and I went a bit wide. It was a shame as I was in a good position but ended up losing a position to Daniel.”