McLaren Staff Back Home After Self-Isolation 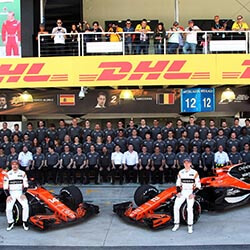 The McLaren employees who were quarantined in Melbourne at the now-abandoned Australian leg of the Grand Prix are all back in the United Kingdom.

16 staff members spent the recommended two weeks in self-isolation when one worker tested positive for coronavirus COVID-19 in the lead up to the race. McLaren has released a statement confirming that everyone involved has now safely been able to return home.

It was this positive test that led to the season-opening race scheduled to be held at Albert Park being cancelled. A member of the Pirelli staff also contracted COVID-19 here, but the tyre company says that he’s since recovered and left our shores.

The Formula One calendar has been thrown into total disarray since then, with the first eight races postponed and Monaco’s leg cancelled altogether. The latest event to be put off is the Azerbaijan Grand Prix, originally set to take place on the 7th of June.

The organiser of the Canadian Grand Prix, in Montreal on the 14th of June, recently said that a decision on whether or not the event would be going ahead would only be made after the upcoming Easter Weekend, April 11 and 12.

Chief Executive Officer and Executive Chairman of the Formula One Group Chase Carey has said that he’s hopeful that a revamped schedule of between 15 and 18 races could be started at some point over the summer. The original calendar for 2020 had a record 22 races on it.