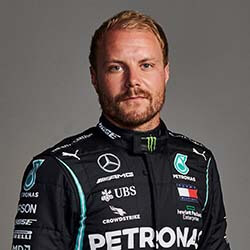 Spectators could sense the frustration that Valtteri Bottas, the Mercedes F1 driver, experienced as he was forced to retire early from the Monaco Grand Prix. The driver sat in his car, helpless, while he witnessed the pit-stop failure that cost him any shot at the podium.

The issue started when the front right wheel of his car could not be removed by the pit crew. There were multiple attempts to remove it, but it simply would not budge. The caused damage to the wheel nut.

Toto Wolff, the Mercedes team principal, said that multiple factors contributed to the incident. He added that the design and material of the wheel nut will be reviewed. Mr Wolff stressed that this is not simply the result of one person’s error and that the matter is multifaceted.

This made for a very frustrating afternoon for Mercedes and its fans. Bottas’ early exit was coupled with a seventh-place finish for Lewis Hamilton, the defending champion. Furthermore, Red Bull’s Max Verstappen secured a maiden victory in Monaco, which helped boost his team to a one-point lead over Mercedes in the Constructor’s Championship.

James Allison, Mercedes’ Technical Director, said that even upon leaving Monaco, the offending wheel nut remained attached to Bottas’ car. He said that the nut will likely have to be ground off and sliced through. Allison further noted that if the pit stop gun is not clearly placed on the nut, it could result in the chipping away of its driving faces.