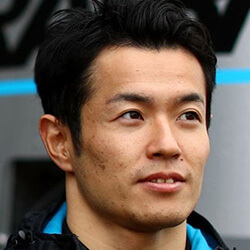 Japanese Naoki Yamamoto will be making his Formula 1 debut driving for team Toro Rosso in a first practice that will be taking place at his home grand Prix. The 31-year-old champion in Japan’s Super Formula and Super GT series will be driving the car usually piloted by Pierre Gasly. Frenchman Gasly will be returning alongside teammate Daniil Kvyat for the rest of the event at Suzuka.

Yamamoto is supported by Honda, who is the engine partner of Toro Rosso and the owner of the circuit in Japan. For the Super GT series, he drive with 2009 F1 world champion Jenson Button, and last year Button commented on Yamamoto being good enough to take part in a Formula 1 race. Yamamoto has since stated that driving an F1 car had been a dream of his since he was a young boy, and added that he first watched them racing during Suzuka 27 years ago.

The senior Red Bull team, who are also using Honda engines, have not yet confirmed will be partnering with Max Verstappen for next year’s season, but Helmut Marko has been quoted as saying that the seat is between Alexander Albon or Gasly. Marko has also stated that Russian Kvyat will be staying with Toro Rosso for 2020. Honda had been planning their engine usage in all recent races to make sure that all four of their cars are in the best possible shape for the upcoming Japan event.