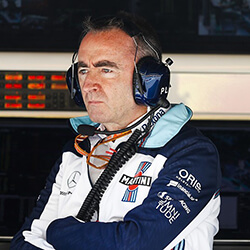 Paddy Lowe has announced his official leaving of Williams after what was first described as an extended leave from the team following their poor performance so far in the season. Talking to reporters, the technical officer said that after a period of reflection, he has reached the decision that he will not be returning to work at William. A statement from the team also announced that Lowe would be leaving with immediate effect.

Lowe’s initial leave of absence was made public earlier in the year in March after the team had failed to get their car ready for pre-season testing, along with the discovery that they were the slowest on the track by a large margin. Williams, who had been at the top of the roster during the 1990s and 1990s, are now on average two seconds slower per lap than the next slowest car this season.

Lower was originally brought on to the team at the beginning of 2017 after three years of leading the technical side of the Mercedes team, and had been charged with leading the team back to its former competitiveness. Despite this, the 2018 car remained the slowest on the track, and has fallen even further back this year. Since his leaving, the team has opened up a thorough review of how they’ve ended up in this position, and how they can turn their luck around in the coming future, and the team remains optimistic about its chances next season.