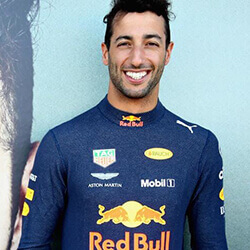 Daniel Ricciardo stunned the world of Formula 1 after confirming that he will be driving for Renault in 2019 and 2020, and officially declaring his departure from Red Bull. Not long after the announcement was made, Red Bull told reporters that they had promoted Pierre Gasly to take up the slot that Ricciardo has left behind, pushing him one spot ahead of Carlos Sainz Jr.

The senior team at Red Bull tends to promote from within their own ranks, which left Gasly and Sainz their most likely options, despite the two being on loan at Renault.

Sainz, who is currently in his fourth F1 season, has more experience than Gasly, but the French driver saw some luck thanks to a start with Toro Rosso – and earning a Honda-powered victory at this year’s Bahrain Grand Prix.

It is also believed that Sainz has made a few enemies within the Red Bull hierarchy because of his push of his loan to Renault at the end of last season, leaving the junior team in turmoil, especially after the promotion of Gasly and departure of Daniil Kvyat.

Sainz is expected to move over to McLaren, a team that is currently failing to keep up with other teams this season. The Spaniard has long hoped to team up with his idol, Fernando Alonso, but it has been reported that Alonso himself has grown frustrated with McLaren after they failed to deliver a strong car this year, and has remarked about moving on.