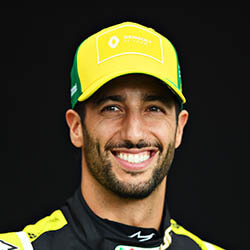 Even though Aussie F1 superstar Daniel Ricciardo has made perfectly clear his decision to join McLaren next season, current team Renault is clearly unwilling or unable to write it off a done deal.

Renault sporting director Alan Permane during a recent podcast conversation said Renault considers Ricciardo one of the top four drivers in F1 right now – along with Charles Leclerc (Ferrari), Max Verstappen (Red Bull), and world champion Lewis Hamilton (Mercedes). Permane also said that although Renault has a young Ricciardo-prototype in Esteban Ocon, Renault would be willing to re-sign the Formula 1 champion driver at the drop of a hat – and that it’s not too late to do a flip on McLaren.

Though the Aussie’s 10th-place finish at the Turkey Grand Prix caused a bit of a hiccup and lowered him a few rungs on the points ladder, he remains only four points out of fourth spot with three more races to be completed.

Ricciardo has repeatedly emphasised that he does not regret signing with McLaren, who will next year be moving to Mercedes engines.

But that Renault holds him in such high esteem is no surprise. Despite a condensed season, the Aussie has managed to rack up more points than the entire team together last year. 2019 wasn’t exactly a year among years for Renault – with Ricciardo finishing ninth in the championship and Renault lagging behind McLaren instead of finishing “best of the rest”.