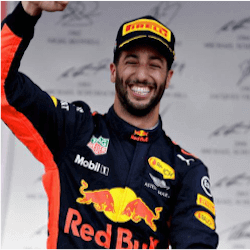 There are a number of reasons Sunday’s Singapore Grand Prix is a special event on the Formula 1 calendar. Held on a street circuit in the city-state’s Marina Bay area, it’s the only Grand Prix of the season held entirely at night. As a result, it’s also the race accompanied by the biggest party, at all the entertainment venues around Marina Bay.

On the other hand, with kerbs to cross, looming concrete barriers and no straights worth speaking of, the 4.8km Marina Bay Street Circuit is also one of the toughest for drivers, mentally and physically. The heat of the Malaysian Peninsula doesn’t help: drivers can lose two or three kilograms of sweat during a race.

Another reason Australian motorsport punters won’t want to miss Sunday’s race, is that it may be the last Singapore Grand Prix. F1 boss Bernie Ecclestone has indicated that the city may not be interested in hosting a Grand Prix after this year.

Lewis Hamilton was breaking records even before the Italian Grand Prix began last Sunday. His start from the front of the grid at Monza was his 69th, beating Michael Schumacher record of pole position. Hamilton then led from start to finish, in an almost perfect display of driving, to win his sixth race of the season.

It looks like the Vettel-Hamilton struggle will continue to dominate in Singapore; if Vettel finish top of the podium, he takes back the Drivers’ Championship lead.

Hungry Ricciardo in Fourth on the Ladder

The dark horse that betting enthusiasts should consider seriously for Sunday is Daniel Ricciardo. The Aussie Red Bull driver is currently fourth in the Drivers’ Championship, after finishing on the podium six times in 13 races, despite three retirements, and fourth or fifth in the remaining four. He’s also posted the fastest lap time on the Singapore circuit two years in a row.

At online betting sites, there’s very little to choose between four-time Singapore Grand Prix winner Vettel, at around $1.50, and Hamilton, who has won the race twice, at around $1.75. Ricciardo and his teammate, Dutch 19-year-old Max Verstappen, are also neck-and-neck in the betting, at $7.00-$8.00. You can get your bets in online at Luxbet and see if you can back the first driver past the chequered flag.