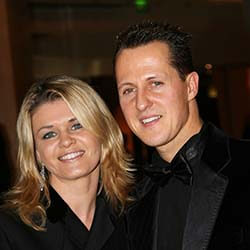 The mystery around F1 legend Michael Schumacher’s rehabilitation and recovery continues and is now being fired on even further following the news that the race car driver’s wife is in the process of selling the couple’s $9 million mansion.

Schumacher, considered one of the biggest legends in the world of Formula 1 racing, suffered serious and life-threatening head injuries while skiing in 2013. The F1 great was shortly after placed in a medically induced coma. The incident took place in the French Alps.

Since then, precious little information has made it into the public domain, with only small scraps of information released regarding his ongoing recovery process.

According to reports leaked to and published by the mainstream media, Corinna Schumacher has now put the couple’s 20,000 square-metre farmhouse market up for sale for £5 million. The couple purchased the property for £5.4 million back in 2002. The property is part of a Swiss estate located on the banks of Lake Geneva.

The family will apparently soon relocate to another home – this time located in Gland. The F1 legend is expected to continue the rehabilitation process in the family’s new home.

The scraps of info that have managed to make it into the public domain have mostly been provided by FIA president Jean Todt, who has on various occasions confirmed that the F1 legend continues to closely follow the process of his race car driver son, Mick. The FIA president is apparently a close friend of the family and visits Schumacher at least once or twice a month.