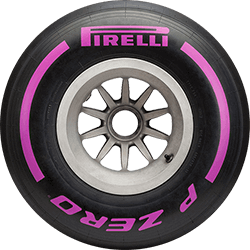 Ultrasoft, the latest in tyre design from famed tyre and wheel company Pirelli have quickly become the top choice for those teams participating in this year’s Austrian Grand Prix.

All 10 of the teams that are set to race in the Austrian Grand Prix have chosen Pirelli’s Ultrasoft tyres, with Ferrari particularly keen on using the tyres for their best cars. Other teams, like Mercedes and Red Bull have also chosen to make use of Ultrasoft.

Ferrari’s Kimi Raikkonen and Sebastian Vettel have already purchased nine sets of the ultrasofts to take with them for the events at the Red Bull ring. This was one set more than both Red Bull and Mercedes. Of the leaders, Mercedes driver Valtteri Bottas has the most with four sets to his name, while others like Lewis Hamilton, Max Verstappen, and Daniel Ricciardo will be using three sets for the races.

Vettel has acquired two sets of the supersofts, as well as two sets of regular softs, which is the same as Hamilton, and one more than Raikkonen and Bottas, alongside the two Red Bull racers.

Renault and Williams have each taken 10 sets for their drivers, Carlos Sainz and Lance Stroll respectively. Each has one set of supersofts and two sets of softs, and Sergey Sirotkin and Nico Hulkenberg taking the opposite sets.

The only driver on the circuit will be making use of one set of supersofts and three sets of sots will be Sauber’s Chares Leclerc.