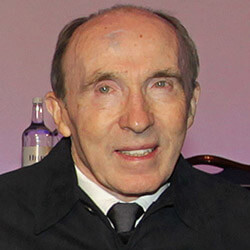 Williams Formula One founder Sir Frank Williams has been admitted to hospital, but is according to his family, currently in a stable condition.

According to a statement recently issued by the family, the 78-year-old former team Williams principal’s health is a private matter and as such, will not be discussed in more detail at this time. The family also asked that their privacy be respected and confirmed that further information would be released in due time.

Williams co-founded Williams Formula One team in 1977, and in partnership with auto-engineer Patrick Head. They entered their full first season on the F1 track in 1978, and went on to win their first race at Silverstone only a year after that – with racing enigma Clay Regazzoni in the drivers’ seat. Between the years 1980 and 1997, team Williams won an impressive nine constructors’ championships and seven drivers’ titles – a constructors’ championships record only topped by Ferrari. Also, only Ferrari and McLaren have entered more grands prix than the formidable Williams Formula One.

Big-name drivers to have driven for Williams Formula One over the course of their careers include Ayrton Senna, Nigel Mansell, Alan Jones, Alain Prost, Damon Hill, Jacques Villeneuve, and Nelson Piquet.

Williams has used a wheelchair since 1986, during which year he was injured in a serious motor vehicle collision in France. He spent an extended period in hospital after contracting pneumonia back in 1995, and has not been a permanent fixture at races since. He did put in a rare special appearance at the 2019 British Grand Prix.