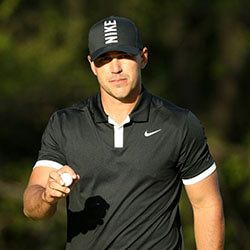 Brooks Koepka managed to hold world number one Dustin Johnson at bay to retain his US PGA Championship title, winning his fourth major in an otherwise dramatic day in Bethpage. The US Open champion, who won in 2017 and 2018, had a seven shot lead at the beginning of the final round, and saw his lead reduced to one after four bogeys after the 11th.

But Johnson dropped too many shots on the 16th and 17th as Koepka won by two on eight under, carding a total of four over 74. English matt Wallace third place, and earned his best finish ever at a major event. The 29 year old signed for a two over 72, finishing on two under, and ended the day alongside Americans Patrick Cantely and Jordan Spieth.

The top six players were the only golfers that were able to finish the tournament under par at the Black Course, which was made that much harder due to gusting winds. Rory Mcllroy of Northern Ireland and Irish Shane Lowry were among those that came in at eight place on over after they both tied up their games with 69s.

Koepka, who is currently number three in the world, earned the winner’s check of $.198 million and is the first person ever to successfully defend his title for the US PGA Championship as well as the US Open. Talking about his win, Koepka stated that it had been a stressful round of golf.