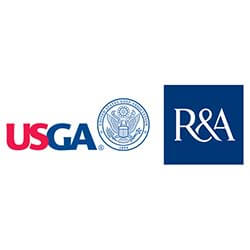 Golf’s two main decision makers, the USGA and R&A, have announced a new rule that will limit the length of a driver to 46 inches from January 1st next year. This, it has been said, is being done in an effort to “Bryson-proof” golfing tournaments after American Bryson DeChambeau started experimenting with a 48-inch driver this year.

The decision of whether or not to implement the rule will however remain up to each individual professional or amateur competition.

It seems a done deal that the R&A and USGA will in fact implement the rule at the US Open and Open Championship. These two competitions are run by the governing bodies themselves.

Also set to become privy to the rule is the PGA Tour, which moved rapidly to announce its plans of implementing the latest limit in 2022.

The change has attracted several opposing views. Clearly not a fan is Phil Mickelson, who earlier this year responded to rumours of the new rule by saying he himself had been using a driver 47.5 inches long. Michelson cut an unhappy picture on social media when he bemoaned the upcoming change. He said it was a typical thing for golf’s ruling powers to try and spoil all the fun when the sport was experiencing its first real boom in over 40 years.

Not quite as un-chuffed with the announcement has been the man who inspired the new rule himself. DeChambeau said this week that while he’d only experimented with a longer driver this year, he’s feeling flattered that his way of doing things had started a real conversation in the sport.