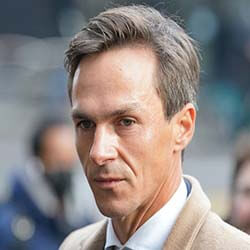 Ryder Cup winner and five-time European Tour champion Thorbjorn Olesen has been cleared by the court of sexually assaulting a woman on a British Airways flight between Nashville and London.

Olesen, who hails from Denmark, claimed he had been on “auto-pilot” after consuming copious amounts of alcohol along with sleeping pills obtained from a “dodgy” website by his partner and the mother of his child, Lauren Zafer.

Travelling on the same flight as Olesen had been fellow professional golfers Justin Rose and Ian Poulter. The group had been travelling to London following the World Golf Championships FedEx St Jude Invitational, which had been played in Memphis.

During Olesen’s trial at Aldersgate House Nightingale, the court was informed how the golfing champion had drunk several alcoholic drinks before takeoff – including beer, vodka, red wine, and champagne. During the flight, he reportedly ran around the cabin in juvenile fashion, became verbally abusive towards the cabin crew, and even got trapped in the toilet.

According to witness reports, Olesen also kissed cabin service director Graham Gee’s hand, pushed about BA worker Sarah White, and crabbed an unnamed woman’s breast. He apparently then proceeded to cry bitterly before falling asleep, and upon waking, urinated on the seat of a fellow-passenger, John Haggis.

As testified to by his barrister, Trevor Burke QC, the Dane’s questionable conduct had not been “voluntary”, and instead, caused by a combination of alcohol and medication known to result in a loss of coordination and sleepwalking.