Day Up for Wet US Open Championship 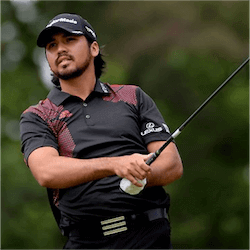 The 117th US Open Championship, running from Thursday to Sunday at Erin Hills golf course in Erin, Wisconsin, is going to have to cope with some heavy weather. The Wisconsin course is already taking flak from some golfers on social media, complaining about knee-high grass in the rough and the 7,153m course that makes this the longest US Open, or any golf major, in history.

To make it worse for those bemoaning the tough course, three days of wind and rain are forecast to set in on Friday, coinciding with the last three days of the tournament. From Round 2, in other words, Australia’s online betting fans should be watching the heavy-weather specialists.

Australian Jason Day, Number 3 on the PGA World Rankings, reckons he is one of them. The 2015 US PGA Championship winner has laughed off the complaints and the complainers, saying that each one is just one less guy to worry about in the tournament.

The Open has a reputation for extremely tough courses anyway, and the Queensland-born Ohio resident reckons he has the right attitude to play in rotten weather, shrugging off disappointments and pushing himself to do better on the next hole. He is determined to secure his second title in the majors this weekend.

Day has finished ninth or higher in the past four US Opens, and been in the Top 10 five times in six tournaments. His best Opens took him to the runner-up spot in 2011, in which he finished eight strokes behind Northern Ireland’s Rory McIlroy, and again in 2013, when he and American Phil Mickelson shared second place, two strokes behind England’s Justin Rose. Many Aussie golf fans will be hoping that this is his year, and he’s the third favourite in the betting at $11.00.

But reigning US Open Champion Dustin Johnson is back to defend the title, and the American World No. 1 is the tournament top seed, with betting sites offering him at $7.25. Second favourite is his countryman Jordan Spieth, the 2015 Open Champion, at $9.00.

In addition, McIlroy, Rose, Spaniard Jon Rahm and the USA’s Rickie Fowler are all at odds of between $12.00 and $20.00, so Day is facing plenty of competition that’s just as used to tough conditions as he is.