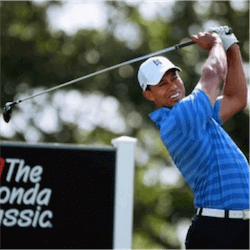 The Honda Classic is set to commence on the 20th of February 2017 with 144 players set to take part in the golfing action. The event will run for the better part of a week and will conclude on the 26th of February at the Miami-Dade County resort. The tournament is a 72 Hole Stroke Play styled competition and boasts as hefty US $6.4 Million purse, of which the winner can expect a healthy share of around US $1,152,000 for their efforts as well as the all-important FedExCup points dividend which is 500.

Set at the PGA National Resort and Spa Champion course, its Par 70, 7110 Yard arena will challenge even the most seasoned of professionals venturing out onto the course. Add the deep field of players to the mix and you have a really tough tournament for participants that travel to Florida for this prestigious and important golfing calendar event.

The Field Of Players

Adam Scott of Australia is the defending champion and will be entering the tournament again this year after his sterling performance in 2016, not just in the Honda Classic where he edged out Sergio Garcia by just one shot, but also in the WGC-Cadillac Championship at Trump National Doral where he went on to win.

Golfing Legend Tiger Woods has also committed to the event and is looking to try and gain some momentum after being off the course for an extended period while recovering from surgery to his back. Although Woods was out for the 2015 – 2016 season he made a return in December of 2016 with a respectable 1th place finish, all things considered.

Rory Mcllroy is out due to a stress fracture to his ribs and the general feeling is that he will be back only in March. Mcllroy has reportedly stated that he had been battling with some discomfort since December and will hopefully be back to fighting form in March.