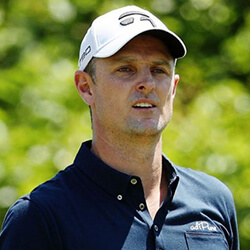 World number two Justin Rose has won the last two holes of the WGC Match Play to level with Eddie Pepperell and remain unbeaten so far in the tournament. Rose is set to face American Gary Woodland, who has also won both of his matches, and the winner will reach the round of 16.

Rory Mcllroy will continue with his 100% start, while Tommy Fleetwood halved with Kyle Stanley, and Ian Poulter, Dustin Johnson, and Tiger Woods all lost their respective games. The 16 victors from the four man groups will advance to the knockout stage.

The quarterfinals will also be taking place at the same time, while the semi finals, final, and third place games taking place the day after. Rose, who was down three after 14, managed to hole a birdie putt from off of the green while at the 17th, and kept the match alive before rolling in another birdie from 15 feet, allowing him to square up with his fellow Englishman.

Open champion Francesco Molinari pushed himself four up after seven holes as he played against Thorbjorn Olesen, and claimed seven match play wins in succession, which followed from his five from last year’s Ryder Cup, finishing with a 4&3 victory.

Tiger Woods, himself a three time winner, is playing in the tournament for the first time in six years. He executed the up and down for the day, but was otherwise unable to earn any real headway.