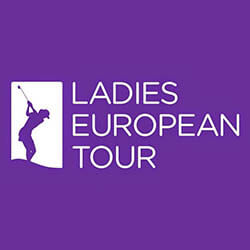 Many professional players are hoping that the Ladies European Tour will be able to take advantage of its latest agreement with LPGA, which has seen the two events merge into one. The new joint venture means that players could be given the chance to be fast-tracked into tournaments that offer better prizes within the United States. Mara Figueras-Dotti, the board chair of the Ladies European Tour, said that their new partnership would create the opportunities that they could not have been able to pursue on their own.

It had been announced previously that the LET Order of Merit would be renamed to the Race to Costa del Sol from 2020 onward. The new deal is focussed on offering LET players more playing opportunities while on the LPGA tour, which this season saw a grand prize find of around 55 million British Pounds, compared to the 12 million on the European tour. It also seeks to expand the schedule of the LET, which this season included a total of 20 official events taking place in 13 different countries.

Eight of the events take place in Europe, which also includes two major championships, the AIG Women’s British Open and the Evian Championship. The Race to the Costa del Sol is set to offer 250,000 euros, with the player at the top of the money list set to receive £107,000, while the runner up will earn £64,000, and the player that ends up in third place will take home £43,000.