A Look At The 2017 U.S Open Championship 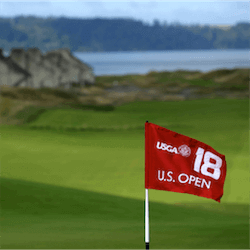 For punters and golf enthusiasts, the U.S Open is certainly one of the most prestigious golfing tournaments in the world, providing top-class golfing action as well as plenty of online betting opportunities. First played in 1895, the U.S Open Championship is played in June each year in the United States, the tournament is one of four Golf Majors along with the Masters, the British Open and PGA Championship. Former winners of the U.S Open include golfing greats such as Ben Hogan, Bob Jones, Tiger Woods, Jack Nicklaus and Arnold Palmer.

Hosted by the United States Golf Association, the U.S Open is held at variety of venues across the country with the iconic courses recognised as some of the best in the world. The design of the U.S Open tournament is such that the scoring is extremely difficult. In fact, the winner of the tournament usually only ends up around par with many past winners actually recording over-par wins. The difficulty of the course often leads to tight scoring around the top of the leader board with just a few points between the top five contenders.

The 2017 U.S Open Championship is scheduled to get underway on the 15th of June at Erin Hills Wisconsin and run until the 18th of June. This will be the first time Wisconsin has ever hosted a U.S Open Championship in the 117 years it has been going. The Championship is open to any amateur or professional with an up to date USGA Handicap below 1.4. Players obtain a place in the tournament by exemption or by qualifying. This year at least half of the 156 players in the field come through from exemption including previous U.S Open Winners from the last 10 years.

In 2016, Dustin Jonson took the honours, while fellow American Jordan Spieth lifted the trophy in 2015. With such as large field of players entering the tournament, betting can be extremely difficult. Being the second major of the year, punters can use the Masters as a guide to see how each player will perform in the U.S Open. There are also many smaller tournaments that provide insight to how players are faring in the current season. Early favourites for the 2017 tournament include: